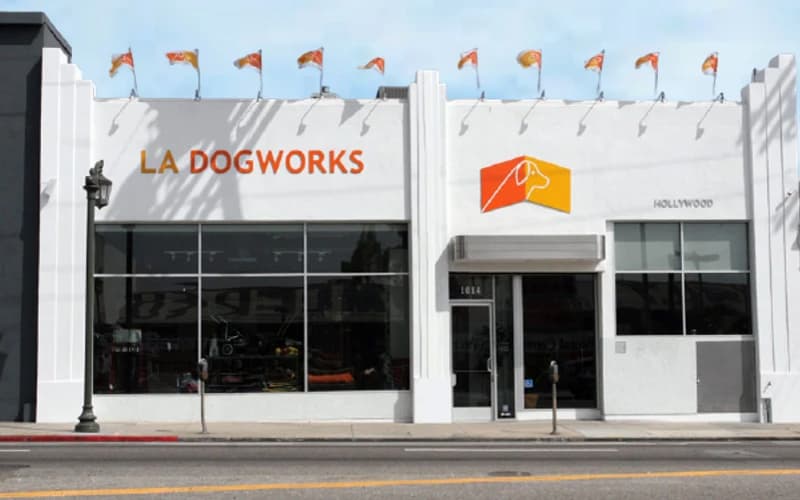 Before The Profit, LA Dogworks: The Profit Updates

Andrew Rosenthal launched a dog boarding service in California in 2004, catering to premium clients with pricey and pampered animals. Andrew grew the business to the point where it was bringing in $1.3 million per year in sales.

Before appearing on The Profit, the popularity of LA Dogworks’ dog training services had plummeted, which Andrew ascribed to the services “not being for everyone.” The facility’s dog training has gotten multiple negative ratings on an internet dating site, according to the trainer.

Despite their high income, Andrew ended up $150,000 in debt after mismanaging the firm via inadequate management methods in what many consider to be a recession-proof sector.

On The Profit, LA Dogworks

Episode 5 Of Season 1 Of The Profit

Marcus Lemonis, The Presenter Of The Profit, Wanted To See If He Could Assist LA Dogworks To Get Back On Its Feet.

Andrew began by giving Marcus a tour of his facility, noting that there were no signs on the exterior of the building indicating that LA Dogworks was there. Before Andrew introduced the “dog sanctuary,” an area packed with dog bunk beds that he said he designed, Marcus spent some time playing with some of the customers at the indoor dog park.

Andrew dismissed the poor evaluations of their dog training services; his answer was for Marcus to remain off the Internet. Marcus reveals to the audience that he didn’t receive a good feeling from the proprietor of LA Dogworks at this point.

Despite the fall in revenue, Neil, the operations manager, assured Marcus that LA Dogworks’ training division was the company’s best performer. According to him, the company’s boarding and grooming divisions were responsible for just $78 in revenue in the preceding quarter. Andrew and Neil were unaware of their current occupancy rate. When Marcus inquired, none of them understood what he was talking about. Marcus, on the other hand, was aware of their 27 per cent occupancy rate and was unimpressed. 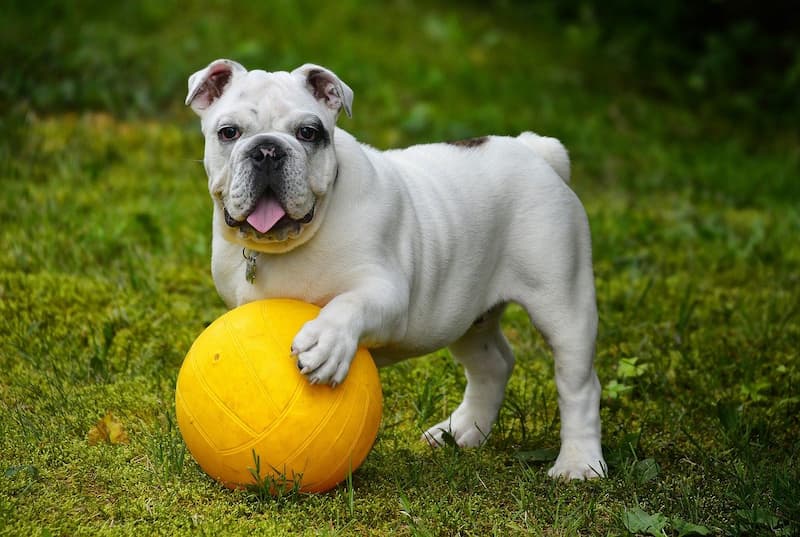 The most difficult aspect of operating LA Dogworks, Andrew revealed to Marcus, was himself. He said that he was a perfectionist who struggled to communicate with his colleagues.

Marcus saw LA Dogworks as having the ability to grow into numerous sites and manufacture things that could be marketed and sold at other places. This could only happen if the anchor site was cleaned up and made more useful. Morale would have to improve, and workers would have to accept some significant adjustments in order to enhance business and rescue the firm. Marcus offered $1 million in return for 50% of the company and said that he would need a week to take over operations and get things moving in the right way. Andrew would be in charge of the brand, while Marcus would be in charge of the day-to-day operations. Andrew reacted vehemently, telling Marcus that he had developed the company from the ground up.

Marcus got out his chequebook, scribbled a $1,000,000 check, and slid it over the table to Andrew, who hesitated once more to contemplate the offer while holding the check-in hand. Marcus then informed Andrew that he would no longer have to worry about the money, but that if any of the staff were tampered with, he would be fired. Andrew shook Marcus’ hand on the transaction after some contemplation.

Marcus gathered the rest of the employees so he could discuss the upcoming adjustments. To begin with, the days of disillusioned and dissatisfied staff were ended. Marcus was putting in place a customer incentives programme to boost kennel occupancy, and he was planning to launch more facilities once this one was up and running.

The “Fetch Mobile” was the delivery truck for LA Dogworks. Andrew started whining about a scratch on the bumper, claiming that it was his employees’ incompetence that had driven LA Dogworks to its knees. He referred to himself as the alpha dog and said that things began to go wrong when he had to start recruiting other people, assuring Marcus that he would gladly dismiss the whole team and start over from the beginning. When the employee about whom he was shouting and raving stepped in, Andrew screamed “worthless” in his face. 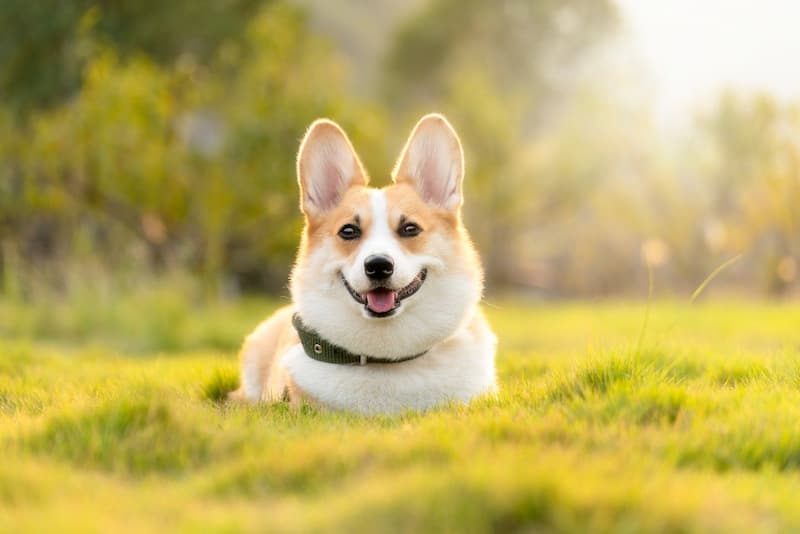 Marcus held an all-employee emergency meeting right away, and Andrew was admonished not to speak to his staff in that manner again. Marcus was backed up by Neil, who said that Andrew made his staff feel useless by concentrating on the bad (and even labelling them “worthless”). Employees were hesitant to contact Andrew, and how they were treated at work was affecting their physical health. Andrew screamed back saying he attempted to communicate but that he needed to yell for his health and safety. One employee was moved to tears, and Marcus informed Andrew that his staff did not want to work with him or put up with his out-of-control behaviour.

Marcus was enthusiastic about the improvements he was making at LA Dogworks, but he was worried that Neil might want to work for one of Marcus’ other companies.

Marcus called in a workplace psychiatrist and scheduled a meeting with Andrew. Even though Andrew thought his staff were the misery of his life, Dr Rivera stressed to Andrew that they were the backbone of his firm. Andrew screamed at Neil, claiming he didn’t exist when questioned about the job he believed Neil was doing as operations manager. Dr Rivera questioned why Neil was still employed by the organisation if Andrew believed he was so ineffective. Andrew eventually gave in and declared he had no plans to fire Neil, conceding that he was a great employee. Andrew, on the other hand, was adamant about not apologising to Neil.

Marcus advised Neil that he apologise to Andrew as a demonstration of kindness. Neil agreed and ended up shaking hands with Andrew, and the two made peace and vowed to continue ahead in a constructive path under the leadership of Dr Rivera.

This benevolence was short-lived. As Marcus started to describe a strategy for increasing client traffic, Andrew quickly dismissed it, arguing that his personnel were too inept to carry out new ideas efficiently. Before departing, Neil stood out for the rest of his coworkers. Marcus, too, had had enough and cancelled the contract.

After The Profit, LA Dogworks 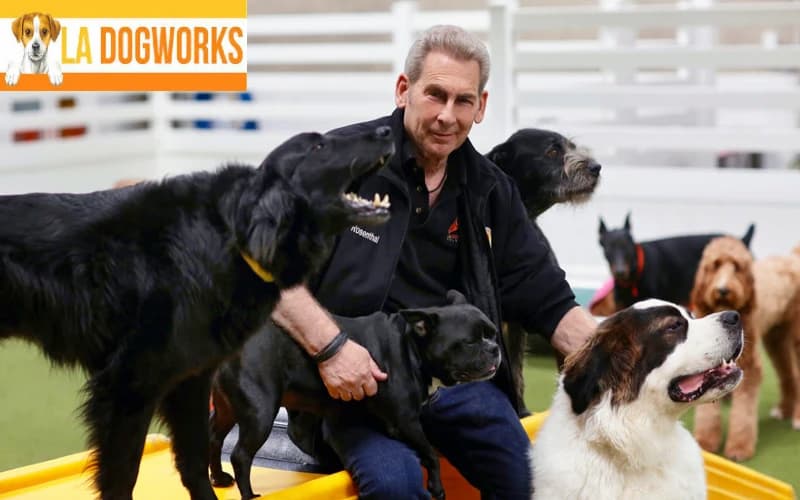 Despite its inability to reach a sale for The Profit, LA Dogworks continues to operate. Even Andrew, who was previously furious and disturbed, praised the staff’s professionalism and warmth in recent Facebook evaluations. Their Yelp rating has remained constant at 3.5 stars, with numerous customers writing positive feedback.

LA Dogworks Is Open 24 Hours A Day, Seven Days A Week, And Provides A Variety Of Services For Dog Owners, Including:

Boarding – LA Dogworks’ boarding facilities are separated into two areas: Bunk Bends for dogs under 30 pounds and regular kennels for dogs of all sizes. Dogs may be amused in the dog daycare area before returning to their kennels to unwind. For background noise, the dogs are given televisions that show Animal Planet and another dog-related programming.

Grooming Salon & Spa – Bathing and grooming, ear and teeth cleaning, and nail clipping are among the grooming services offered by LA Dogworks. To make your dog’s grooming experience more pleasant, LA Dogworks has state-of-the-art grooming equipment such as speciality baths, lifts, and dryers. 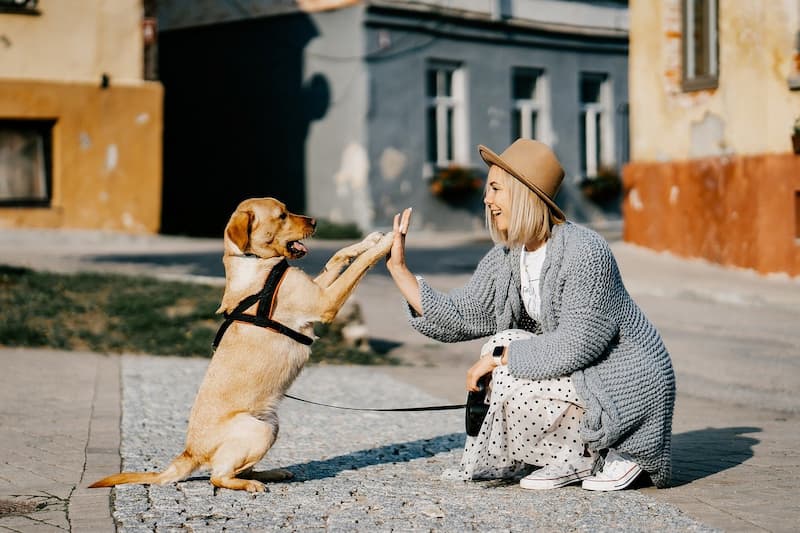 The Zen Den is a place where you can relax. The Zen Den is where your dog’s LA Dogworks adventure starts, as it is where the team gets to know your dog. Your dog’s likes and dislikes, as well as temperament and behaviour, are all learned by the team.

LA Dogworks Can Pick Up Or Drop Off Your Dog Utilising Their Fleet Of Fetchmobiles With A 24-hour Notice.

Canine Enrichment – LA Dogworks provides “Puppy Preschool” programmes for dogs and their owners, as well as boarding and training. The dogs go through a rigorous training programme in which they learn orders and basic obedience.

LA Dogworks continues to grow its retail department, which sells quality beds, collars, training aids, toys, and treats in addition to its services. From the prim and proper indoor dog to the rough and tumble sports dog, LA Dogworks products are a wonderful match.

The Team Is Well-Versed In All Areas Of Dog Care And Can Provide Extensive Product Recommendations To Dog Owners.

LA Dogworks is an example of a company that continues to expand and survive despite a slightly poor representation on television.

The material in this post is offered only for educational purposes; Royal Pitch is not linked with LA Dogworks, The Profit, or any of its subsidiaries.

One thought on “Before The Profit, LA Dogworks: The Profit Updates”